The host country of ICEGOV 2023 is Brazil. Its name is a shortened form of Terra do Brasil (Land of Brazil), a reference to the brazilwood tree, which is nowadays the national tree. The name was given in the early 16th century by Portuguese merchant Fernão de Loronha.

A federal presidential constitutional republic, Brazil is considered an advanced emerging economy and ranks 87th on the Human Development Index. It is the largest country in both South and Latin America, with over 217 million people living over its 8.5 million square kilometres (fifth-largest in the world by area). Bounded by the Atlantic Ocean on the east, Brazil has a coastline of almost 7500 kilometres. It borders all other countries and territories in South America except Ecuador and Chile. Its Amazon basin includes a vast tropical forest, home to diverse wildlife, a variety of ecological systems, and extensive natural resources spanning numerous protected habitats. Due to its rich culture and history, the country ranks 13th in the world by number of UNESCO World Heritage Sites.

The territory which would become known as Brazil was inhabited by numerous tribal nations prior to the landing in 1500 of Portuguese explorer Pedro Álvares Cabral, who claimed the discovered land for his country. Brazil remained a colony of Portugal for some centuries. Independence was achieved in 1822 with the creation of the Empire of Brazil, a unitary state governed under a constitutional monarchy and a parliamentary system. The country became a presidential republic in 1889 following a military coup d’état. An authoritarian military junta came to power in 1964 and ruled until 1985, after which civilian governance resumed. Brazil’s current constitution, formulated in 1988, defines it as a democratic federal republic composed of the union of 26 states and the Federal District. The country is a founding member of the United Nations, the G20, BRICS, Mercosul, Organization of American States, Organization of Ibero-American States, and the Community of Portuguese Language Countries.

The information displayed below is merely informative. Conference participants should check this information before travelling to Brazil.

LANGUAGE | The official language is Portuguese. English is spoken to a reasonable extent in major cities, including hotels, restaurants, major touristic attractions, and universities. However, English is not widely spoken by the general population, and you may find yourself in places where there is little or no knowledge of the language.

TIMEZONE | The conference takes place in Belo Horizonte, thus being in the Brasilia Time Zone (BRT), which is behind UTC by 3 hours (UTC-3). Note that Brazil features four timezones in total, but BRT applies to most of the country.

WEATHER | Being such a large country by area, Brazil features different climates, but is mostly defined as equatorial and tropical. Belo Horizonte is classified as tropical savanna with humid/warm Summers and dry/mild Winters. Being located in the southern hemisphere, July is the coldest month (daily mean 19ºC / 62ºF) and February is the hottest (daily mean 24ºC / 75ºF). Temperatures are mild throughout the year, mostly due to its elevation (852 metres above sea level). During the conference (September), the season is Spring and the daily mean temperature should be around 22ºC / 71ºF.

SAFETY | Although generally safe, like most large cities Belo Horizonte has unsafe areas. Touristic areas are generally safe during the day, but walking alone or wandering certain areas are not recommended at night, it is safer to take a taxis called via an official app or Uber. The outskirts of the city and remote areas are more dangerous than downtown and should be avoided. The most common crimes are the theft of wallets, purses and cell phones. Always be aware of the environment and avoid carrying valuables.

HEALTH | Emergency treatment is free of charge to all people in public hospitals via the Unified Health System. The are three emergency numbers: 190 for police, 192 for ambulance, and 193 for fire brigade. Apart from the routine vaccines and COVID-19, visitors to Brazil should be vaccinated against Yellow Fever, Hepatitis A, and Hepatitis B. If a trip is planned to more remote areas (e.g. jungle), the vaccine against Malaria is highly recommended.

INSURANCE | The conference organisers will not be held responsible for any medical expenses, loss or accidents incurred during the conference and/or travel. All participants are strongly advised to arrange personal insurance for their travel and stay in Brazil.

CURRENCY | The currency is the Brazilian real (R$). The coins come in denominations of 1, 5, 10, 25, 50 centavos (cents), and 1 real; the banknotes come in denominations of 2, 5, 10, 20, 50, 100 and 200 reais. Credit and debit cards are widely accepted in Brazil and money can be withdrawn from ATM machines, also widely available. It is recommended to notify the issuing bank in advance that the card will be used in Brazil. Travelers are also advised to not rely exclusively on obtaining money or paying via digital means. Currencies can be exchanged in places called “Casas de Câmbio” or directly at the airport. Brazilian banks rarely provide money exchange. Passport or other form of ID is required when exchanging currencies. Banks are open Monday to Friday from 10:00 – 16:00 and are closed on official holidays and on weekends.

ELECTRICITY | The standard electrical power supply in Belo Horizonte is 127V / 60Hz and the power sockets are Type C (two round pins) and Type N (two round pins and a grounding pin). However, other locations in Brazil may feature 220V / 60Hz instead. A full list of states and respective voltage is available here.

MEASUREMENTS | All measurements in Brazil are metric, as are weights; the temperature scale is Celsius.

DRIVING | Brazil is a right-hand traffic country and international driving laws apply. Traffic signs are standard international traffic signs, as per the Vienna Convention on Road Traffic. A driving license which has been issued in another country can, in principle, be used in Brazil for up to 6 months, as long as it is accompanied by an official translation to Portuguese.

SMOKING | Smoking in Brazil is forbidden in all enclosed public spaces except for specifically designated smoking areas.

TIPPING | It is not mandatory to tip in Brazil, no matter the kind of service provided. However, you can do it even if there is no set standard for how much to leave when service exceeds expectations. 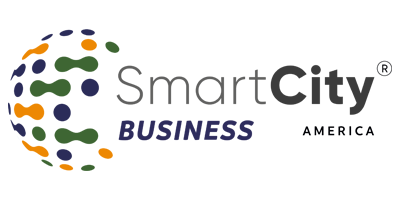 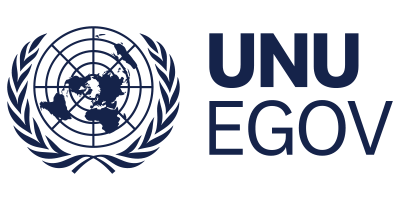